CHARLES LINDBERGH AND “THE SPIRIT OF ST. LOUIS”

Simpson Electric’s prominence in the panel and test instrument industry dates back to 1927, when our founder, Ray Simpson, built the indicating mechanism for the earth inductor compass that Charles Lindbergh relied upon when he flew “The Spirit of St. Louis” on the first solo flight across the Atlantic Ocean. For thirty-three hours, Lindbergh’s life and success of his historic flight depended largely on this navigational instrument, while the world awaited his arrival in Paris.

This honor was only the beginning of Simpson’s ground-breaking innovations for our customers. The first of many patented designs from Simpson featured a full bridge type meter movement with soft iron pole pieces which were anchored, providing a rigid frame to keep the movement in proper alignment. 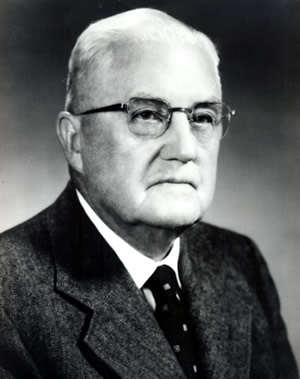 Other Simpson “firsts” indicative of continued leadership and quality in the instrument industry include:

Ray Simpson always had an affinity for the Lac du Flambeau area in Wisconsin and held a special interest in the Chippewa Indian residents.  In 1946, Simpson purchased the old school in Lac du Flambeau and converted it into the Simpson Electric molding plant.

The 1960s saw Simpson Electric as part of the American space program by developing a special two-movement, cross-pointer instrument for the Apollo missions. In all, fourteen different types of “the NASA meter,” as they became known in Simpson plants, were built during the Apollo program. They were used in the spacecraft, for ground support equipment where dependability was crucial, and by prime contractors working on the aerospace frontier. The makers of the “Apollo 13” film, released in the summer of 1995, needed to replicate control rooms and training facility locations with historical accuracy. They contacted Simpson and obtained permission to use our products. Some controllers were shown in a panel and an ammeter, whose readings were critical for the safe return of the Apollo 13 crew, was displayed in close-ups.

Also in the 1960s, we saw Simpson introduce a new line of digital panel meters to keep up with technology and the demand of its customers. In addition, elapsed time meters were designed for research labs, manufacturing plans, and broadcast stations that wanted to keep life and performance records based on operating time.

COMMITMENT TO OUR CLIENTS AND OUR TEAM

In 1985, Simpson Electric was purchased by the Lac du Flambeau Band of Lake Superior Chippewa Indians. The tribal council made the purchase to preserve the existing work force and to create a more diversified economy for north central Wisconsin.

MADE IN THE USA — QUALITY, INNOVATION AND DEDICATION

Simpson’s long involvement in the panel meter and test instrumentation industry has led to strong, enduring relationships with many American manufacturers noted for the highest standards of quality control. Quality companies seek quality products. Product innovation, along with a long standing reputation for quality, is what will continue to grow Simpson. Developing an effective strategy for growth means studying the customers, the marketplace and the competition. This research resulted in the company directives: to be held in high esteem by our customers, to be a low cost high quality manufacturer and to be a growing company.